The Women’s Convention held at the Cobo center in Detroit, Michigan this year was a compelling event bringing awareness to the Trump administration agenda. The sessions held at the convention contained a lot of information and perspective from a citizen point of view as well as those of power and influence. From the comfortability of old information, to the future of our water systems and the decline of the importance of education, women from all over the world came to talk about it together! People on the panels for discussion explained the policies and laws trying to be passed through Congress and the progressive impact these will have on society in the coming years. The conversations held at The Women’s Convention were uncomfortable, yet necessary and exhilarating. 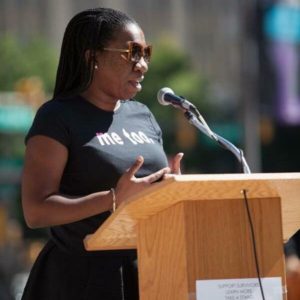 Speakers like Tarana Burke, who originally founded the #metoo campaign dealing with sexual assault and violence, brought awareness to neglect of victims and prosecution of offenders. Mayor Karen Weaver attended to continue awareness and involvement of communities pertaining to clean water and the Flint water crisis. Congresswoman Maxine Waters empowered the crowd with a very inspirational and informational speech in relation to the Trump administration and how their positions in office have crippled the nation. The Women’s Convention was a declaration of the power in unity. The protests of thousands of women who came together resulted in a movement that represents us all. Everyone was encouraged to take their rightful places and bring the conversations back to their communities to ensure change. 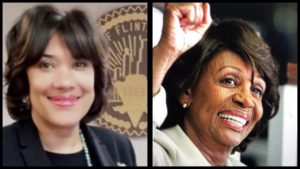 The reality of the issues at hand is that they’re not being dealt with. Trump continues to neglect issues that hit home for everyone in the nation while securing the necessary policies and connections to advance his own agenda. Puerto Rico, whom we colonized,  is still in ruins til this day from the destruction caused by hurricane Maria, when we have the necessary resources to help them. Supplies and resources are being withheld solely because of a paperwork issue they feel is necessary in order to save lives. Our President and his administration are coming together, spending valuable time on things like; gaining access to drill pipelines into our oceans, declining access to affordable healthcare, promoting the oppression of the people they govern, encouraging and igniting civil warfare, and degrading and discrediting the importance of women who birthed the people of this nation. Ultimately, we are being conspired against and our ignorance will allow the dismantling of us all. We are the people and the people have power. That power lies within unity, knowledge and awareness of issues affecting our communities and electing people who have already been a part of the solutions, on the front-line, fighting for us. Be sure to get out there and vote for your local officials at general election, Nov. 7th! The fight starts at home!!